The survivors of an earlier attempt to settle Santa Rosa Island established a permanent settlement here after a hurricane destroyed their island village in 1752. At that time, they built a fortified outpost in Seville called San Miguel. After the French and Indian War of 1763, the British took West Florida and occupied a crude stockade in the area.

During this period, the British took West Florida and occupied a crude stockade in the area. Surveyors mapped out the street system surrounding the open commons area. The old town square was laid out in 1764 by Elias Durnford who was a British surveyor. When the Spanish captured Pensacola in 1781, they retained the original British layout of streets in the Seville area, but changed the British street names to Spanish. The British street map and Spanish names remain in use today. Seville Square was designated as a park in 1814. In the 1960's a small group of preservationists began the reconstruction of the square and today it serves as the focal point of festivals and concerts where thousands gather. 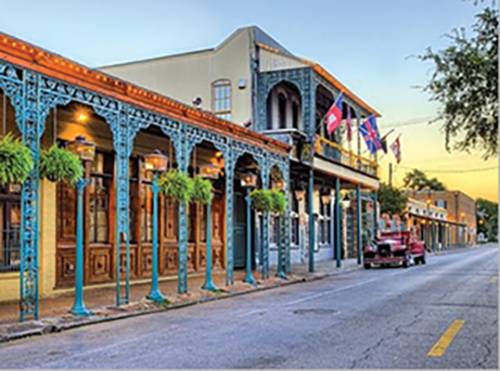